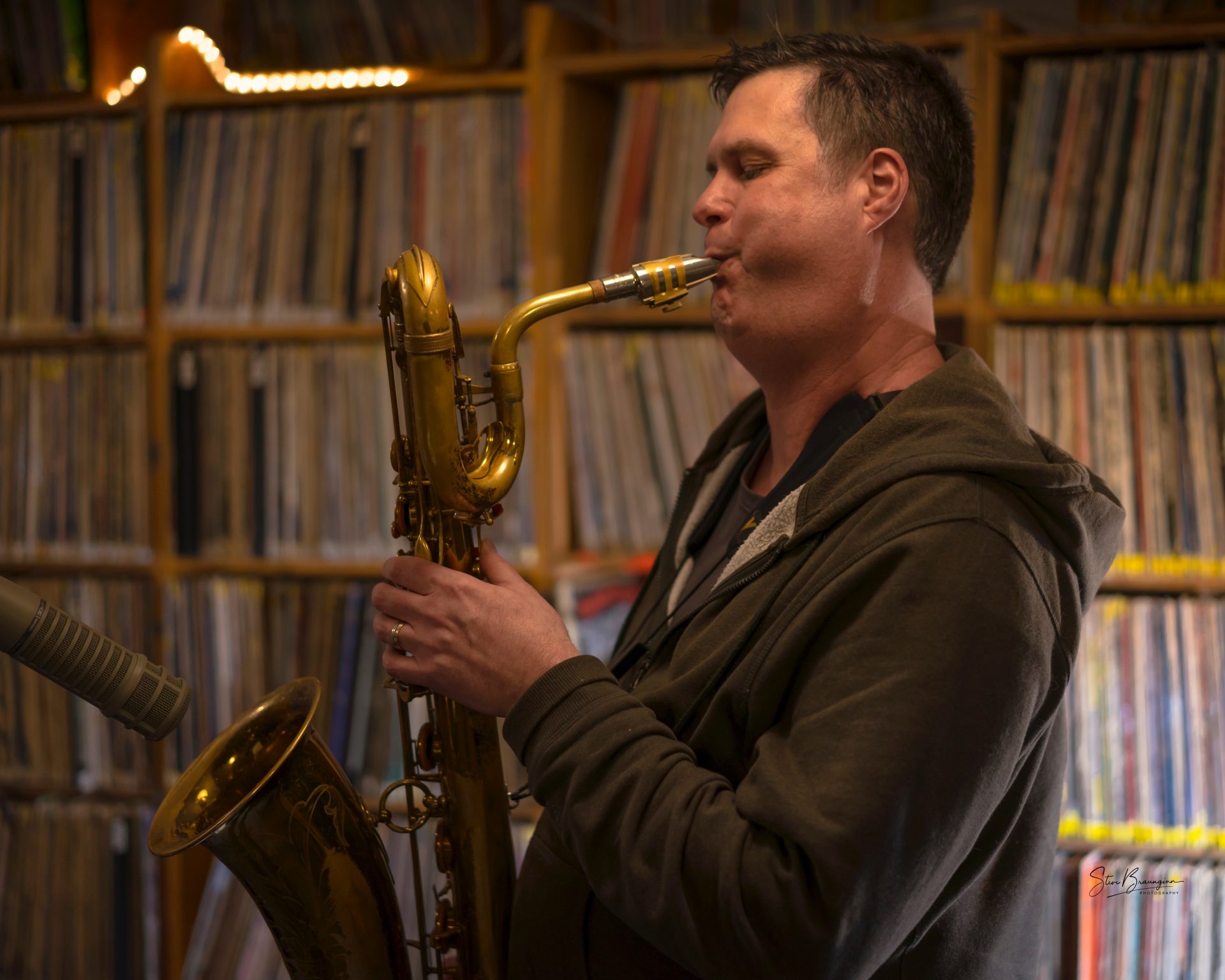 Playing the baritone saxophone and occasional alto, tenor and clarinet part, Anders got his start in music taking piano lessons, singing in church choirs and playing saxophone and piano in the public school bands. In 1991 Anders graduated from Luther College and in 1994 he completed his Masters Degree from the University of Wisconsin-Madison. In the mid 1990s Anders studied with Frank Morgan while Frank lived in Milwaukee, Wisconsin. Frank taught me everything about the saxophone, especially the importance of sound. Another key component to Anders’ post-graduate education was his meetings with multi-instrumentalist and composer Roscoe Mitchell. Since 2001 Anders has played and recorded with Roscoe in various contexts ranging from duos to large ensembles.

Anders curates the monthly New Music Concert Series and jam session through the Arts and Literature Laboratory in Madison, Wisconsin.   Currently Anders leads the Anders Svanoe Trio, Double Quartet and Latin Jazz Quintet.  These bands are featured on The State of the Baritone series on Irabbagast Records.  For the past 25 years, Anders has also been the author and curator of the official Sonny Red book and website.